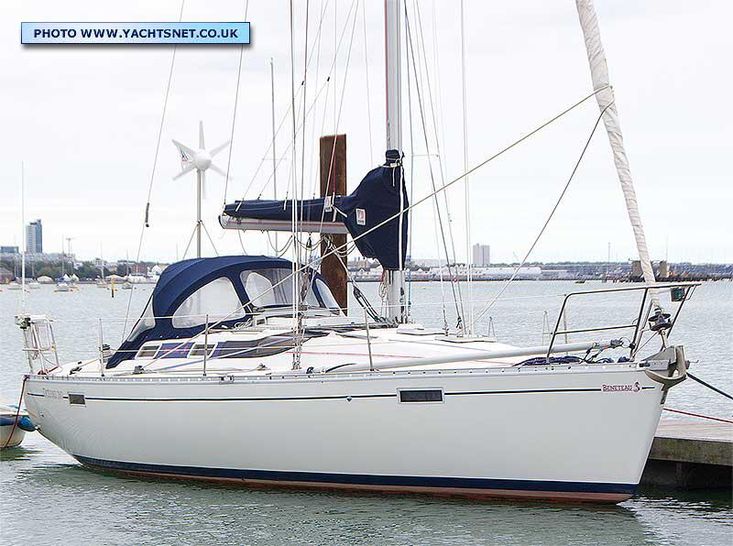 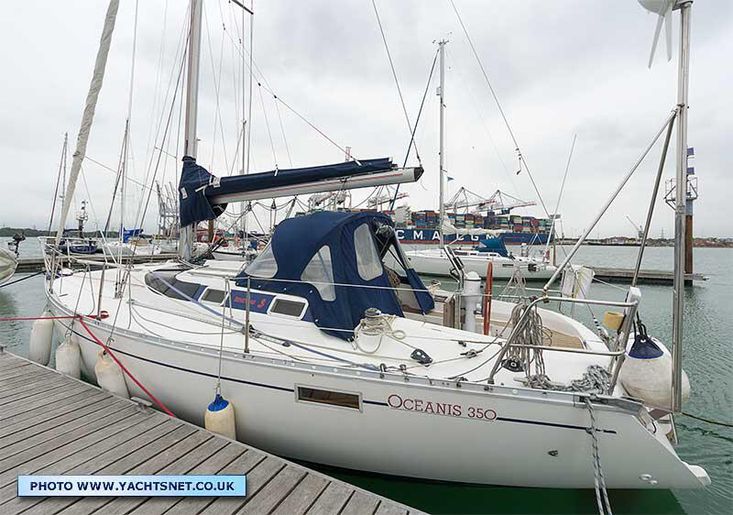 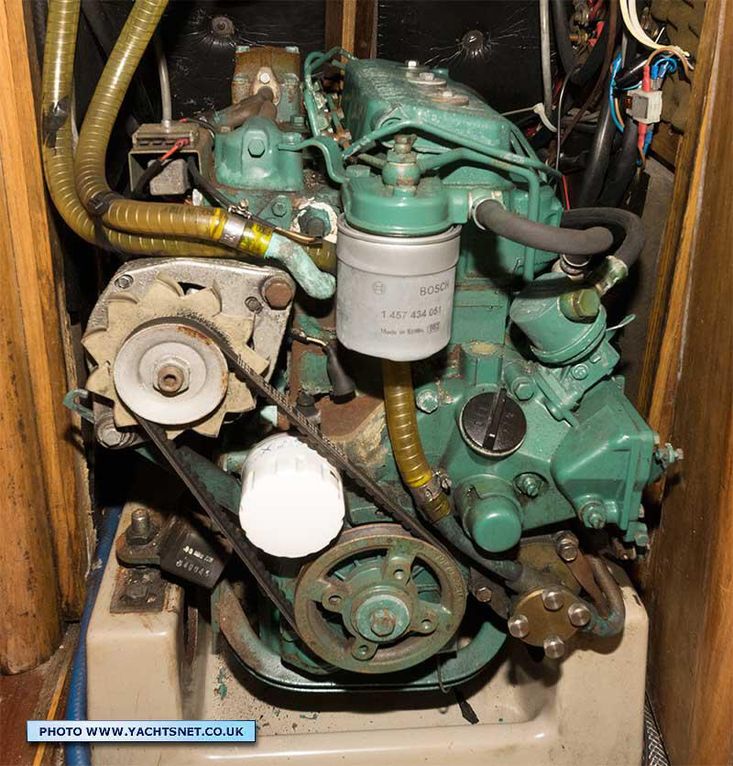 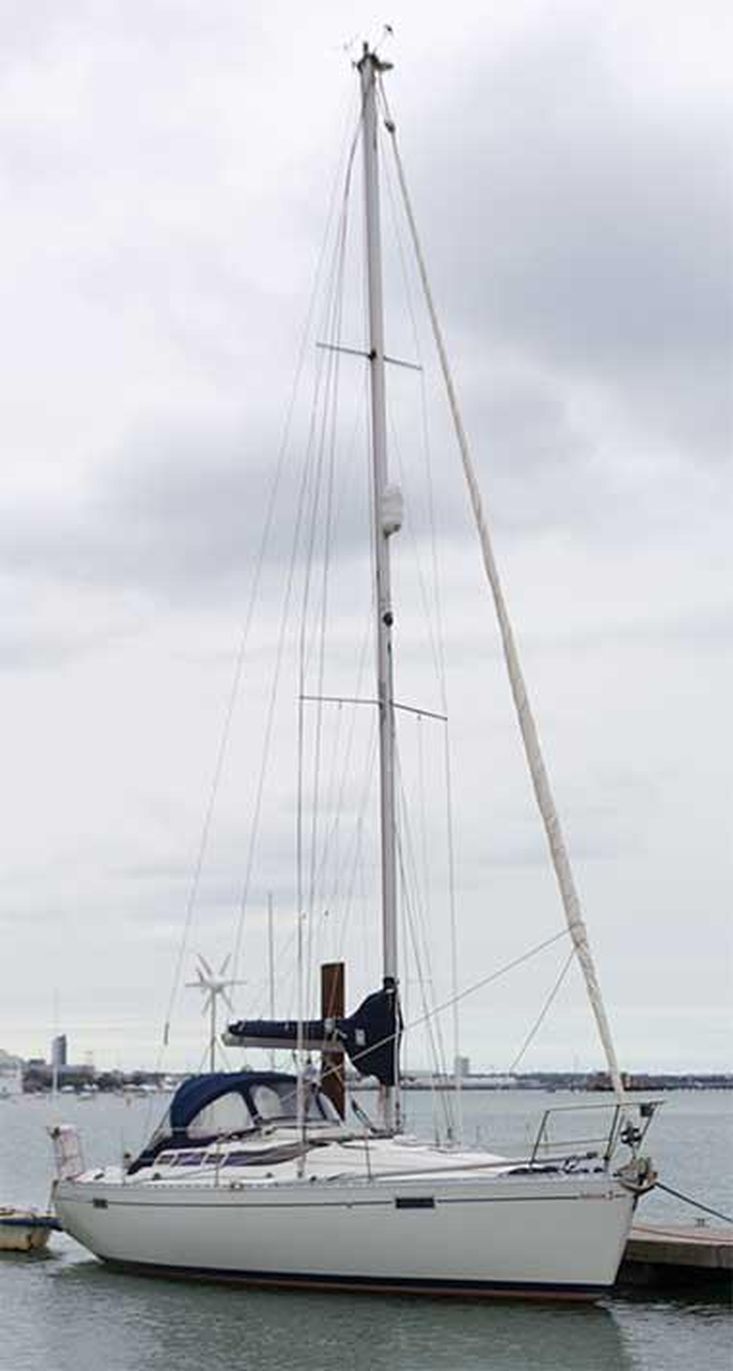 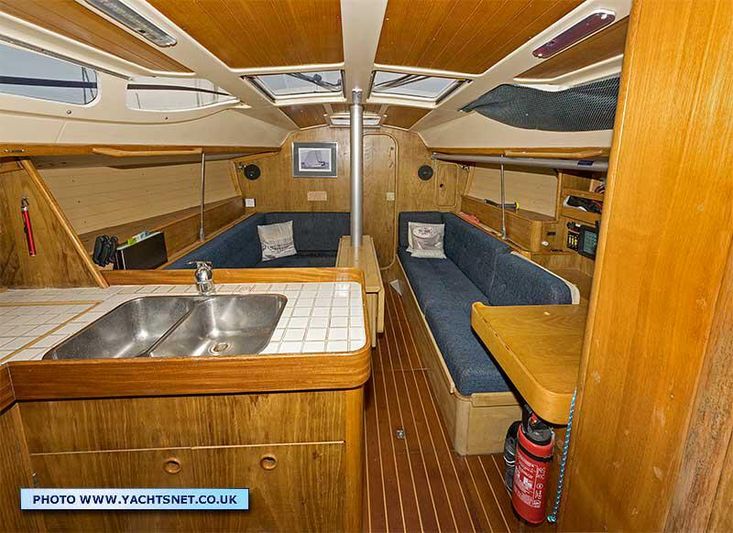 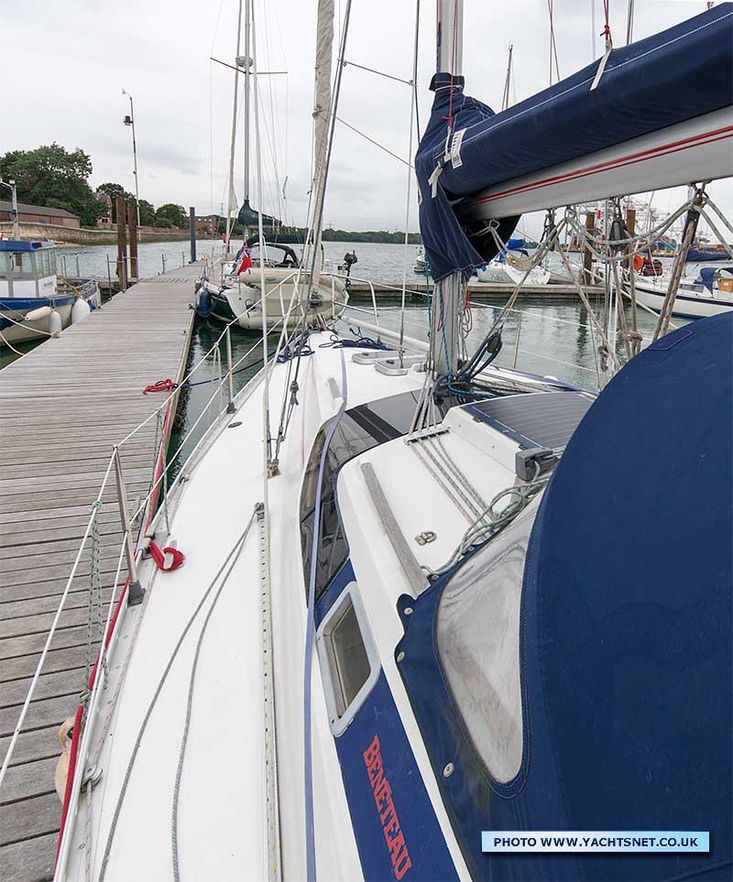 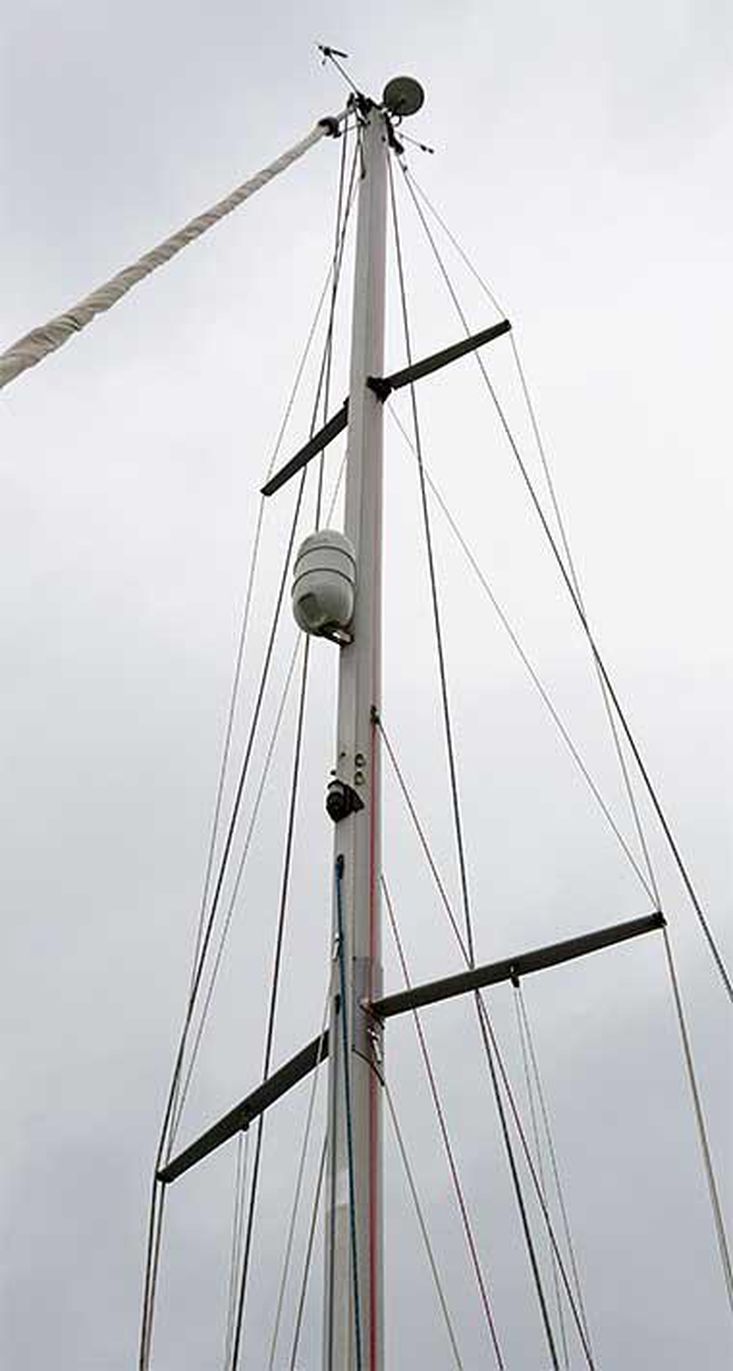 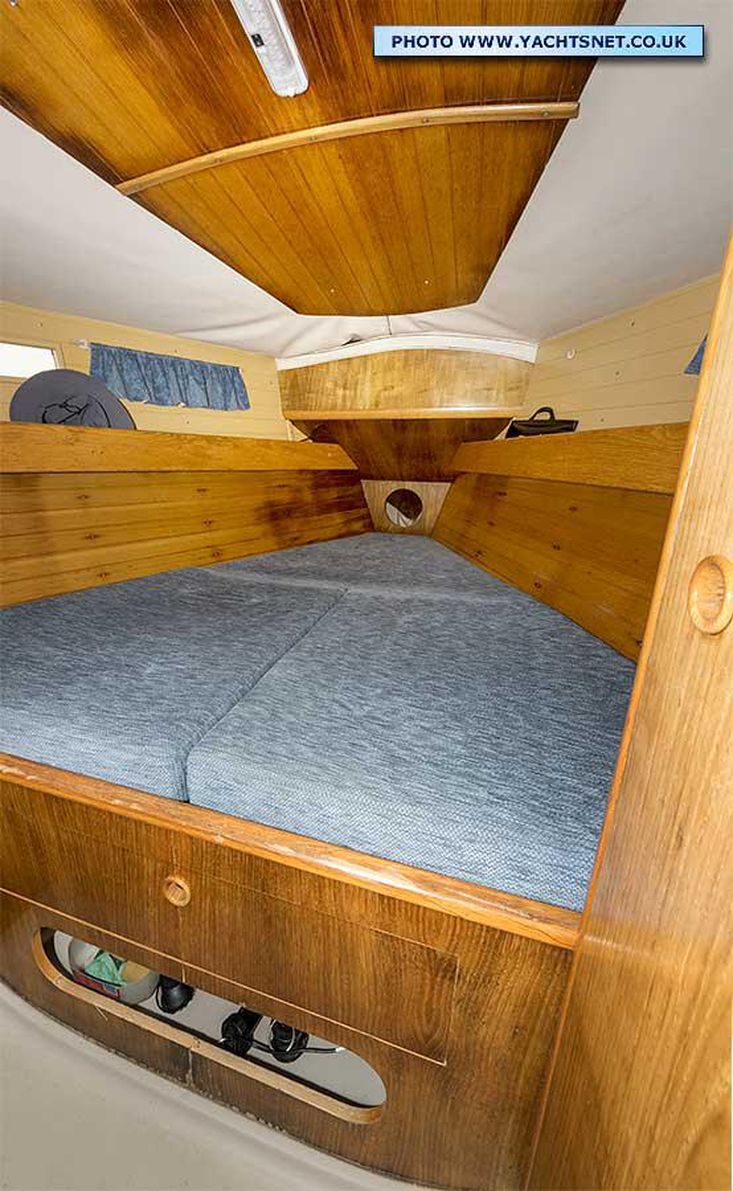 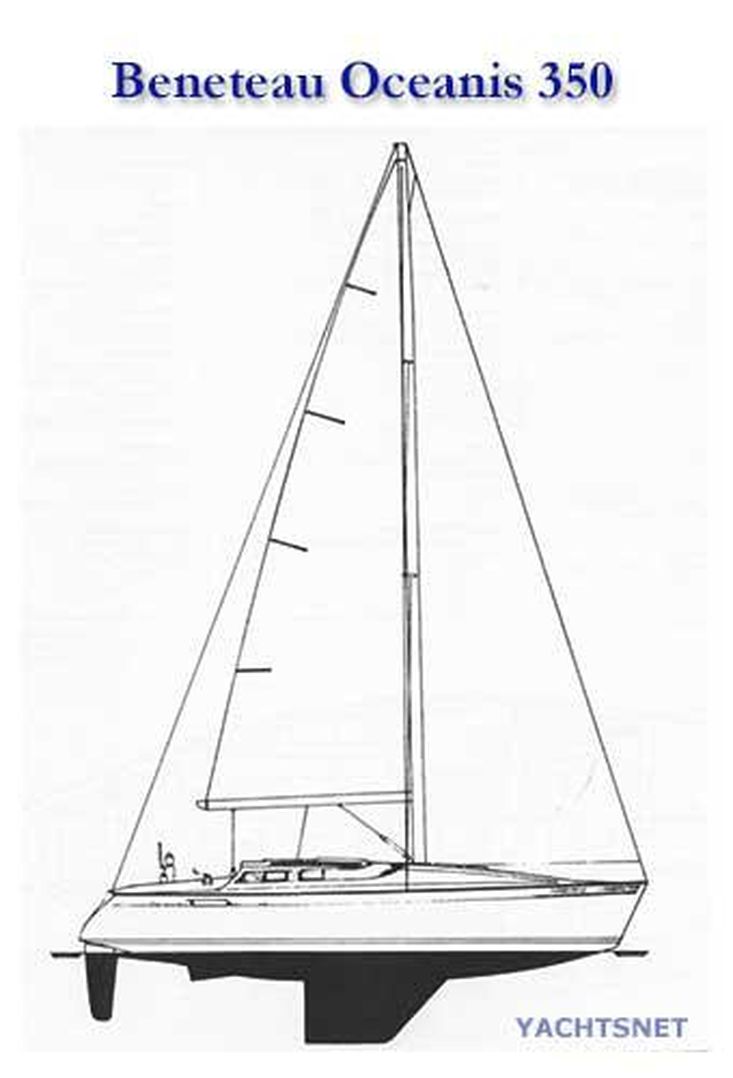 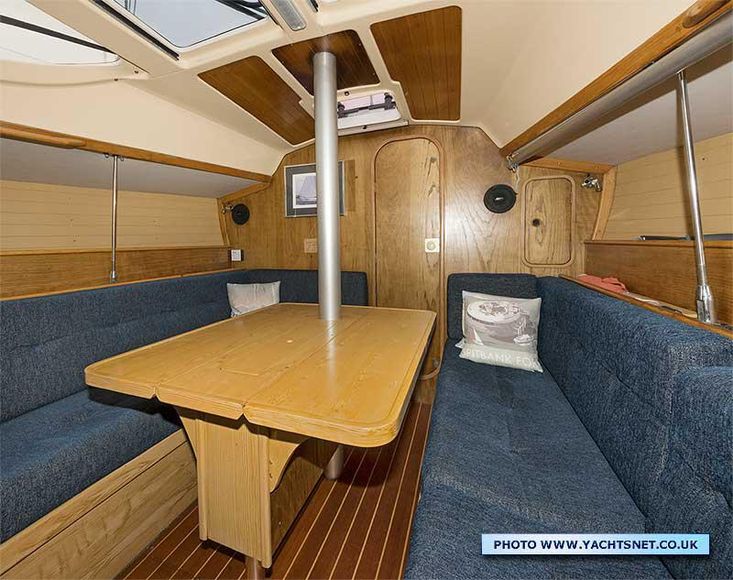 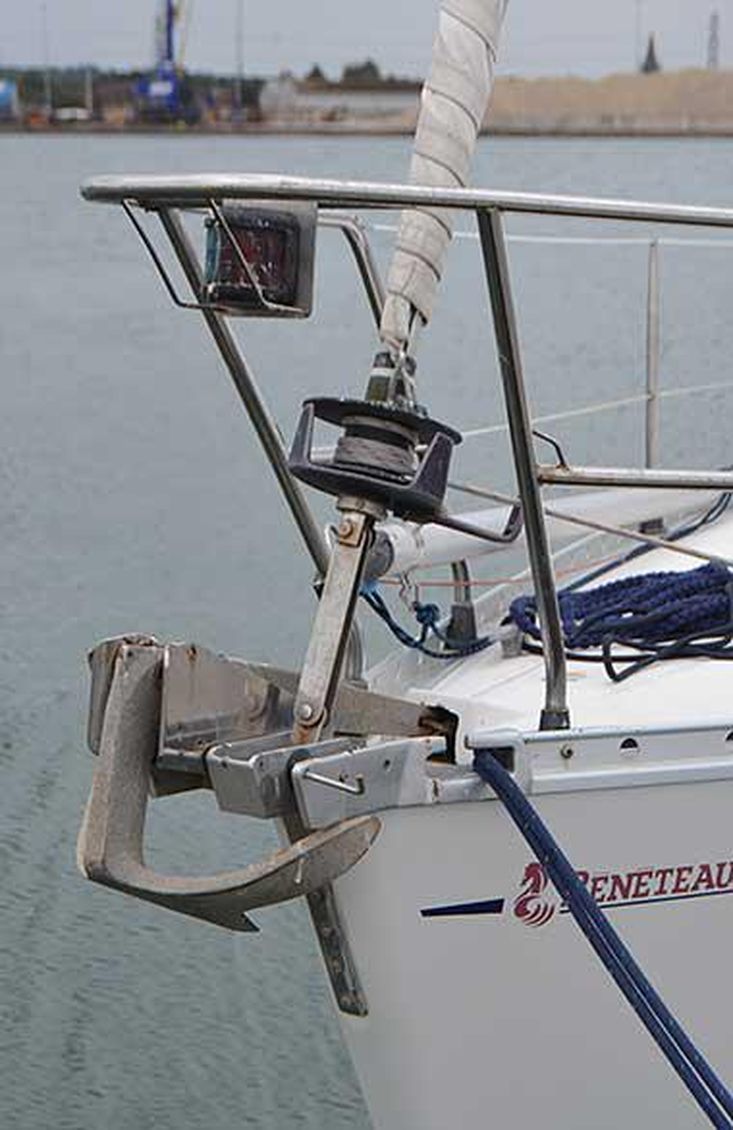 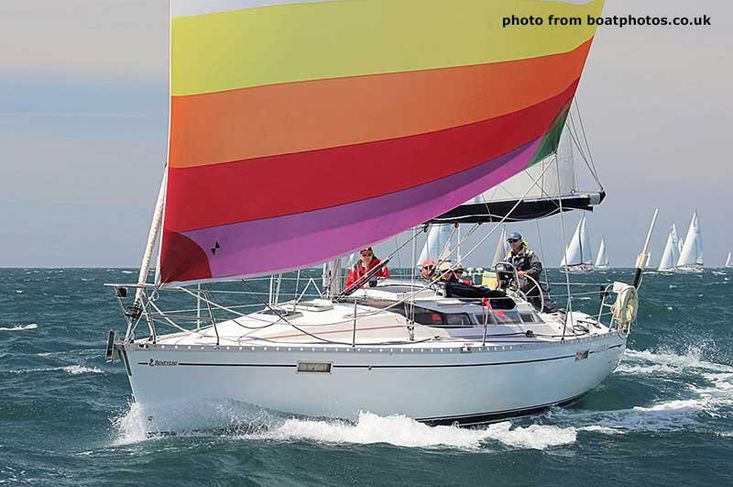 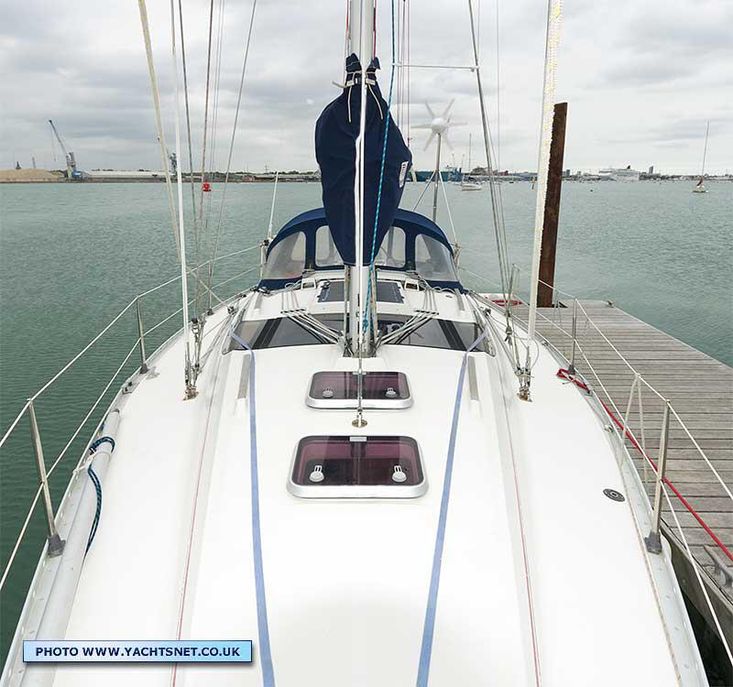 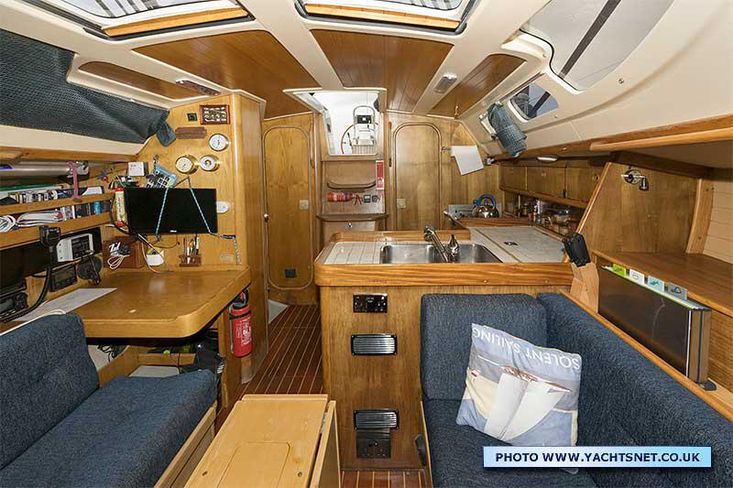 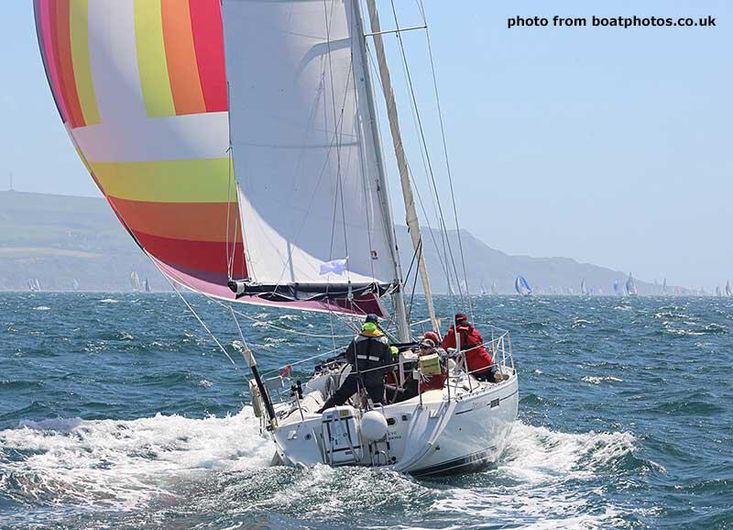 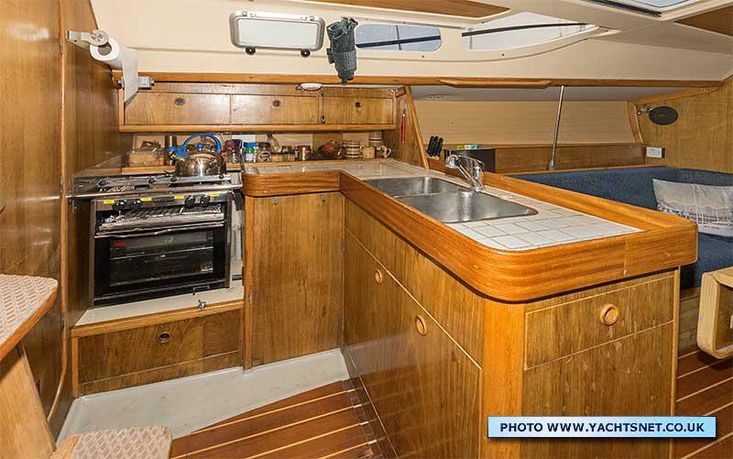 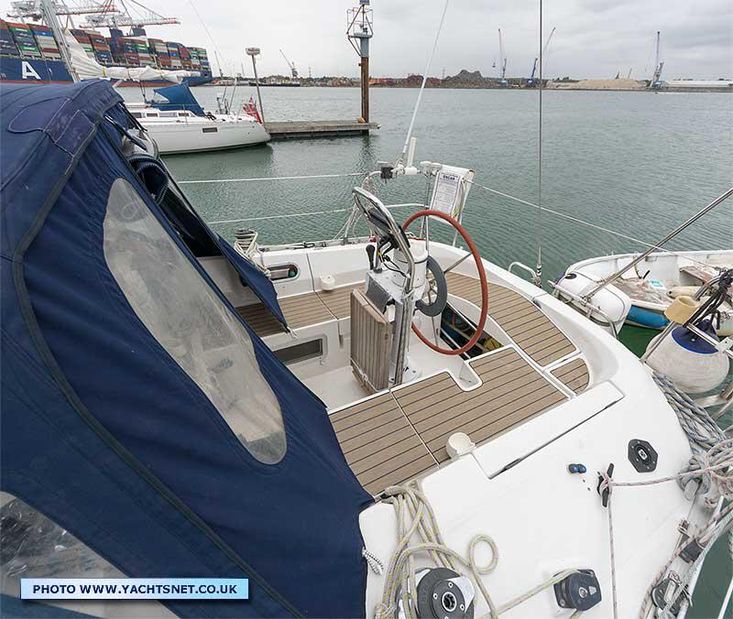 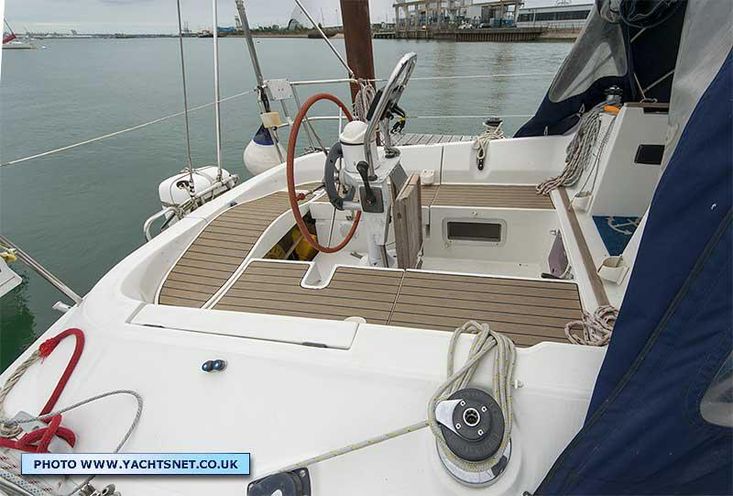 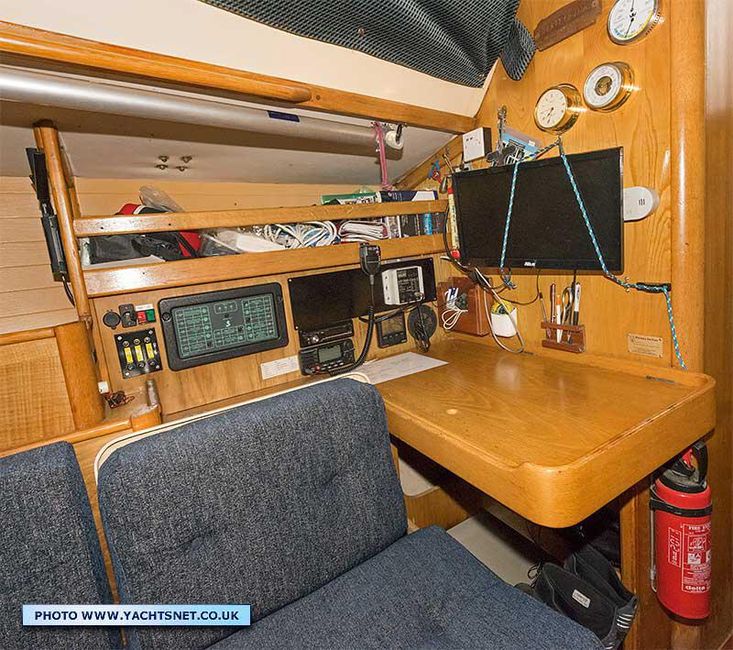 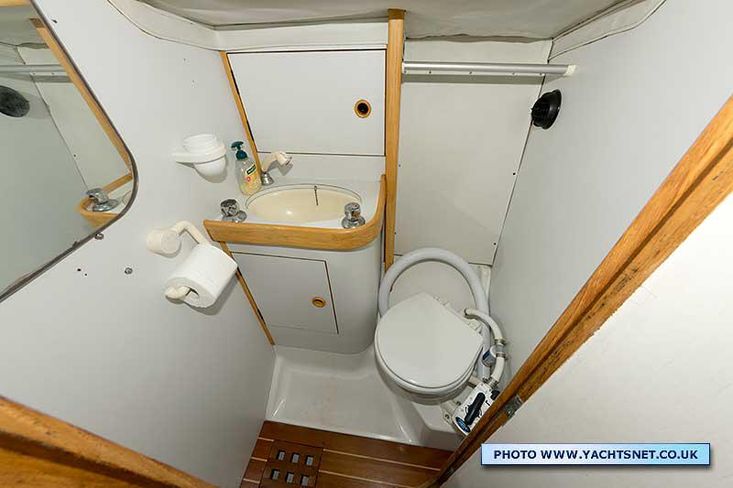 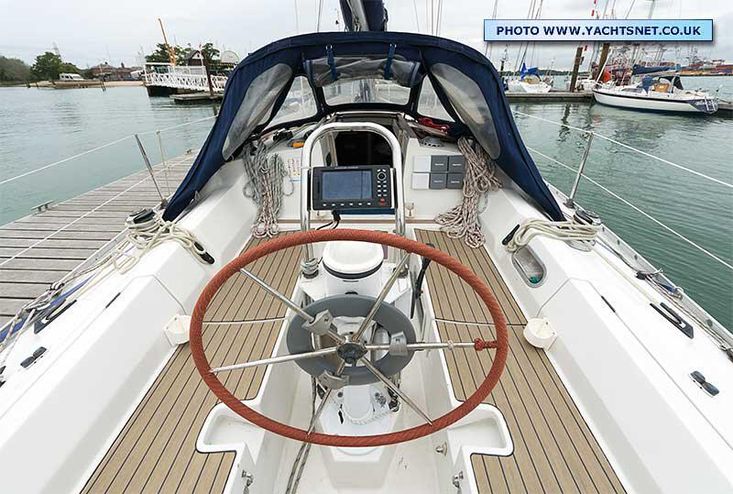 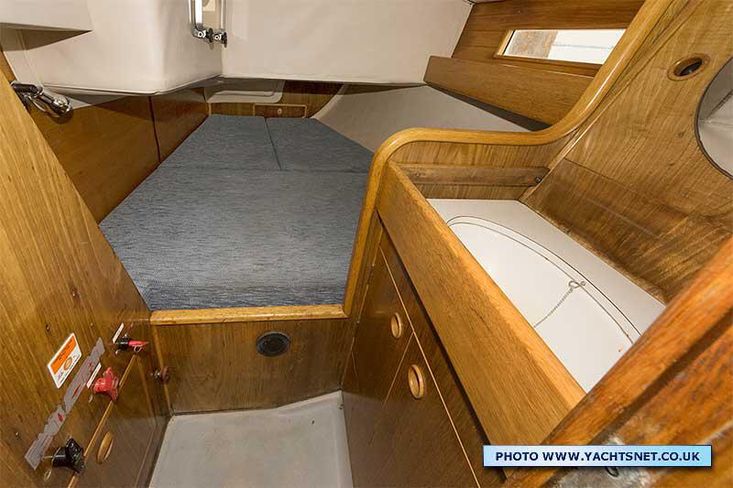 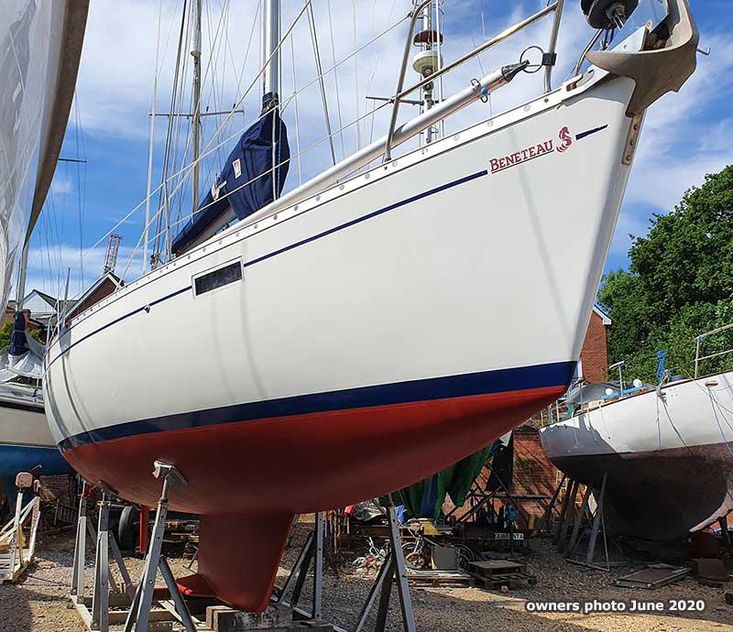 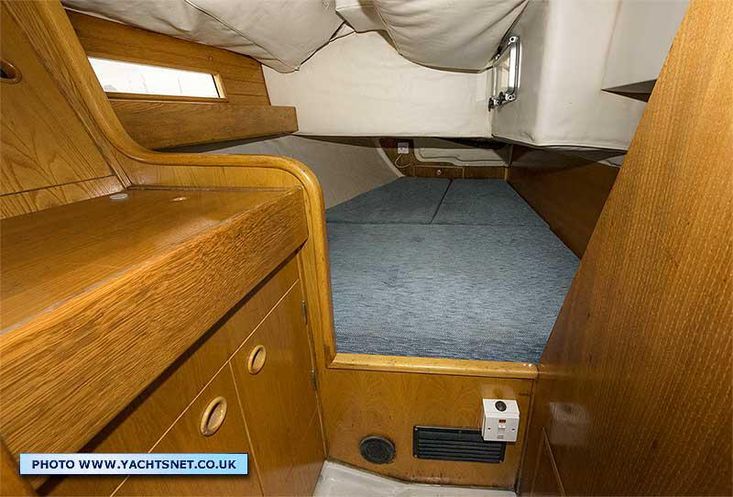 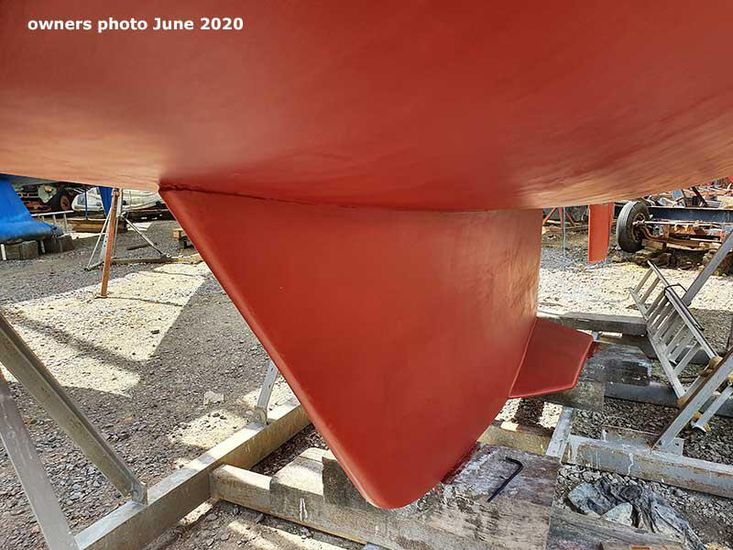 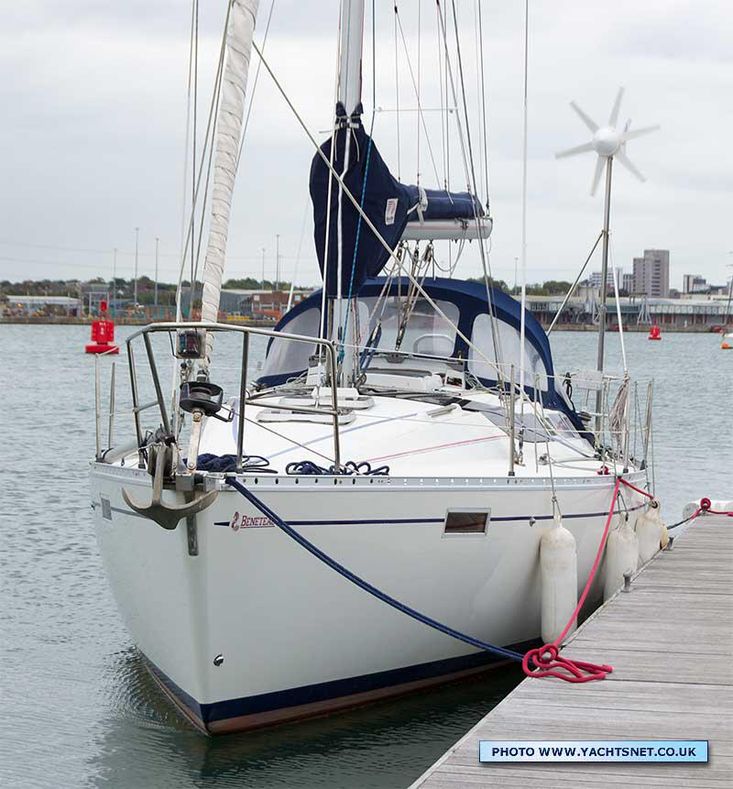 A three-double cabin version of the popular family cruiser the Beneteau Oceanis 350, this is a well sorted yacht only for sale as the owners have just bought a larger boat. The hull was professionally epoxied in 2018, and she has an excellent cruising inventory including Eberspacher heating, good electronics including an AIS transponder, dinghy and outboard.

Saloon headroom is 6' 1". Most of the headlinings are in good condition, but there are a few areas of "droop" particularly in the starboard aft cabin - the owner is getting quotes for the replacement of these areas.

The Beneteau Océanis 350 was introduced in 1985, as the first of a series of Océanis models, these were to represent the "cruising" range, with First models as the cruiser-racer series. The Oceanis 350 was designed by Phillippe Briand, and remained in production until around 1993, when it was replaced with the Jean Berret designed Oceanis 351 of very similar proportions, though a few inches longer and slightly heavier.

Most of the Beneteau Oceanis 350s were built in France, but 100+ were also built in Beneteau's factory in the USA, where the boat was marketed as the Beneteau 35. The design concept was was for a high volume, comfortable boat for six - and many sales were to the Mediterranean and US charter market, but family owners also picked up on the versatile interior. The hull is GRP with an inner GRP lining, and the decks are balsa-cored with plywood core in stress areas. Two iron keel options were offered, a low aspect fin keel or a slightly shallower draught fin keel with winglets. This yacht has the shallow-draught winged keel.

These two photos of this yacht under sail in the 2015 Round the Island Race
are reproduced by courtesy of boatphotos.co.uk - the photos are their copyright

The particulars detailed herein are intended to give a fair description of the vessel but their accuracy cannot be guaranteed. These particulars are not a part of any contract or offer, and are supplied on the understanding that all negotiations shall be conducted via Yachtsnet Ltd., who are acting as brokers for the vendor. The vendor is not selling in the course of business unless otherwise stated. The prospective purchaser is strongly recommended to check the particulars, and where appropriate, at his own expense, to employ qualified agents to carry out surveys, structural and/or mechanical & electrical checks or tests.

Boats for sale
by continent

Boats for sale
by country